20 ZENO QUOTES TO ASSIST YOU WITH REASONING

Zeno is the Godfather of Stoicism. Zeno was born in 335BC in Kition, Cyprus. To Μνασέας ὁ Πατρεύς a greek historian of the late 3rd century BC who also sold rare dye that was prized by the wealthy and royalty as they would stain their clothes to show that they were of higher status. This is where the wealth of Zeno’s family originally came from, commerce of dye – a popular elite commodity of ancient times.

On a trip to Athens to expand his family business, Zeno found himself in a shipwreck that lost majority, if not all, his family fortune. Most people would have been devastated by this, can you imagine… losing your families fortune? at a time where there was no insurance and no way to get it back. This would break most people but not Zeno. Zeno created Stoicism from this Misfortune.

If you would like to know the biography of Zeno and the beginning of Stoicism you can click here.

Below are 20 quotes that I’ve hand picked that has assisted me in being calm, understanding and finding peace of mind.

[bctt tweet=”We have two ears and one mouth so we should listen more than we say.”]

[bctt tweet=”Man conquers the world by conquering himself.”]

[bctt tweet=”A Bad Feeling is a commotion of the mind repugnant to reason, and against nature.”]

[bctt tweet=”Extravagance is its own destroyer.”]

[bctt tweet=”It is in virtue that happiness consists, for virtue is the state of mind which tends to make the whole of life harmonious.”]

[bctt tweet=”Well-being is attained little by little, and nevertheless is no little thing itself.”]

[bctt tweet=”Love is a god, who cooperates in securing the safety of the city.”]

[bctt tweet=”Better to trip with feet than with the tongue.”]

[bctt tweet=”Steel your sensibilities, so that life shall hurt you as little as possible.”]

[bctt tweet=”Fate is the endless chain of causation, whereby things are; the reason or formula by which the world goes on.”]

[bctt tweet=”It is in virtue that happiness consists, for virtue is the state of mind which tends to make the whole of life harmonious.”]

[bctt tweet=”Happiness is a good flow of life.”]

[bctt tweet=”By silence, i hear other men’s imperfections and conceal my own.”]

[bctt tweet=”Man seems to be deficient in nothing so much as he is in time.”]

[bctt tweet=”All things are parts of one single system, which is called Nature; the individual life is good when it is in harmony with nature.”]

[bctt tweet=”Fortune bids me to follow philosophy with fewer encumbrance.”]

[bctt tweet=”The Goal of life is living in agreement with nature.”]

About Diogo The Five8 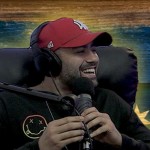 Hi, my name is Diogo. I started FIVE8.TV in the height of a global pandemic to try and bring joy to those that are stuck at home, looking for an Australian outlet that is down to earth, speaks the same language and has stories from normal Australians going through the same struggles.

View all posts by Diogo The Five8

It’s our job to get you the information you need, so you can make the most of your aviation investments.

Sign up for SHOWS, DEALS, RUMORS, and armageddon UPDATES!